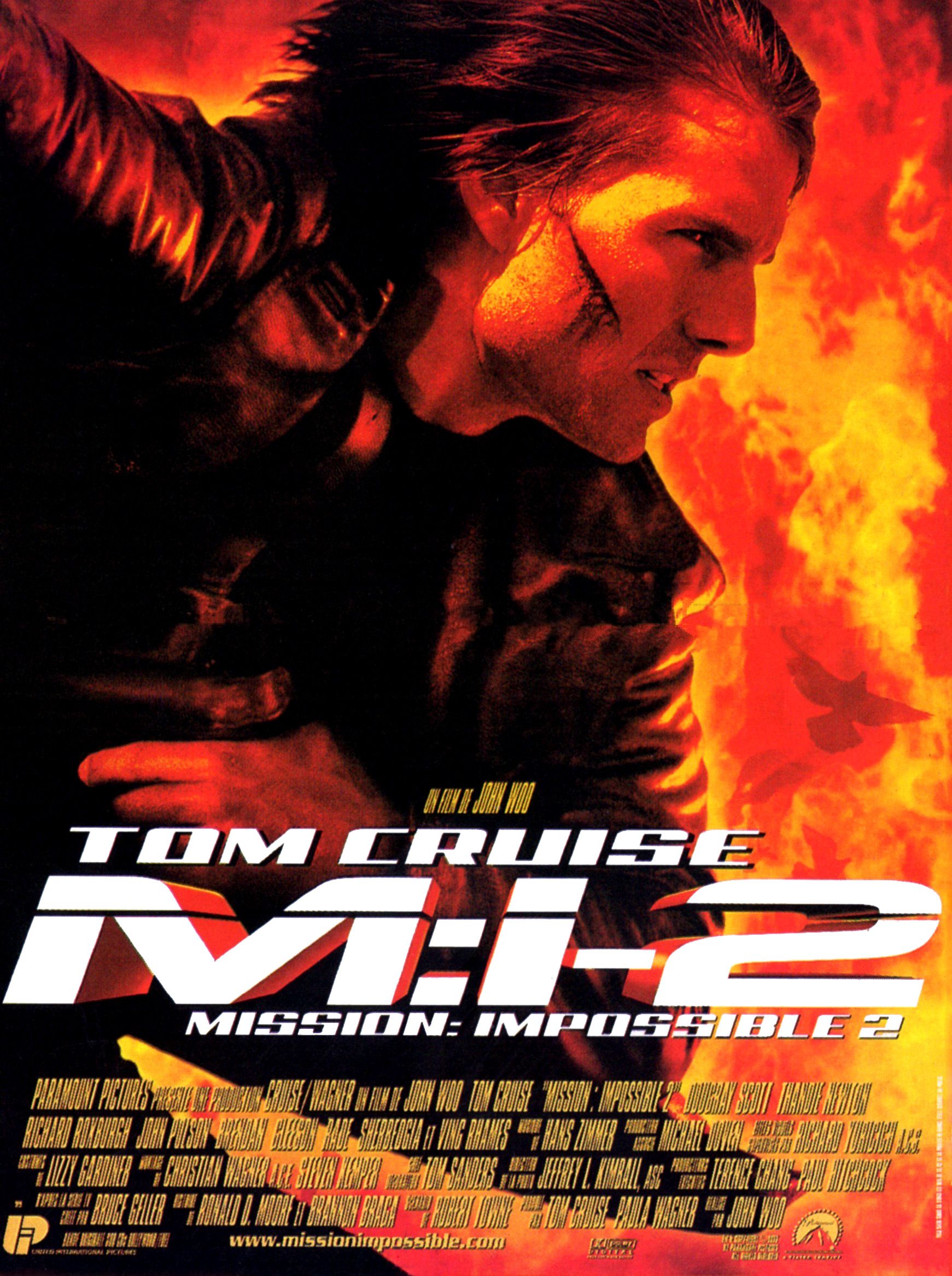 Mission: Impossible 2 (stylized as M:i-2) is a 2000 American action spy film directed by John Woo and produced by and starring Tom Cruise. The sequel to 1996 film Mission: Impossible, it is the second installment in the Mission: Impossible film series. It follows Ethan Hunt as he is recruited by the Impossible Missions Force (IMF) to find and destroy a dangerous biological weapon called “Chimera” from rogue IMF agent Sean Ambrose with the help of his new girlfriend Nyah Nordoff-Hall.