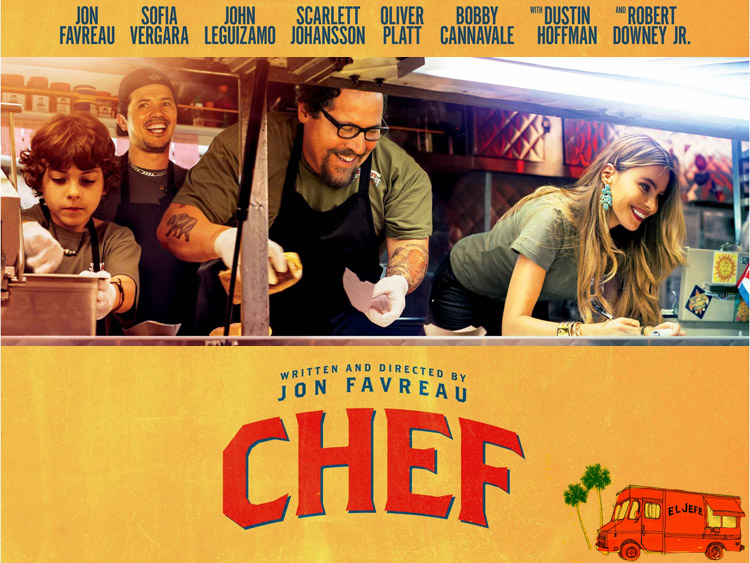 Chef is a 2014 American comedy-drama film written, co-produced, directed by, and starring Jon Favreau. Favreau plays a chef who, after a public altercation with a food critic, quits his job at a popular Los Angeles restaurant to operate a food truck with his young son. It co-stars Sofía Vergara, John Leguizamo, Scarlett Johansson, Oliver Platt, Bobby Cannavale, Dustin Hoffman, and Robert Downey Jr. albeit in a cameo role.